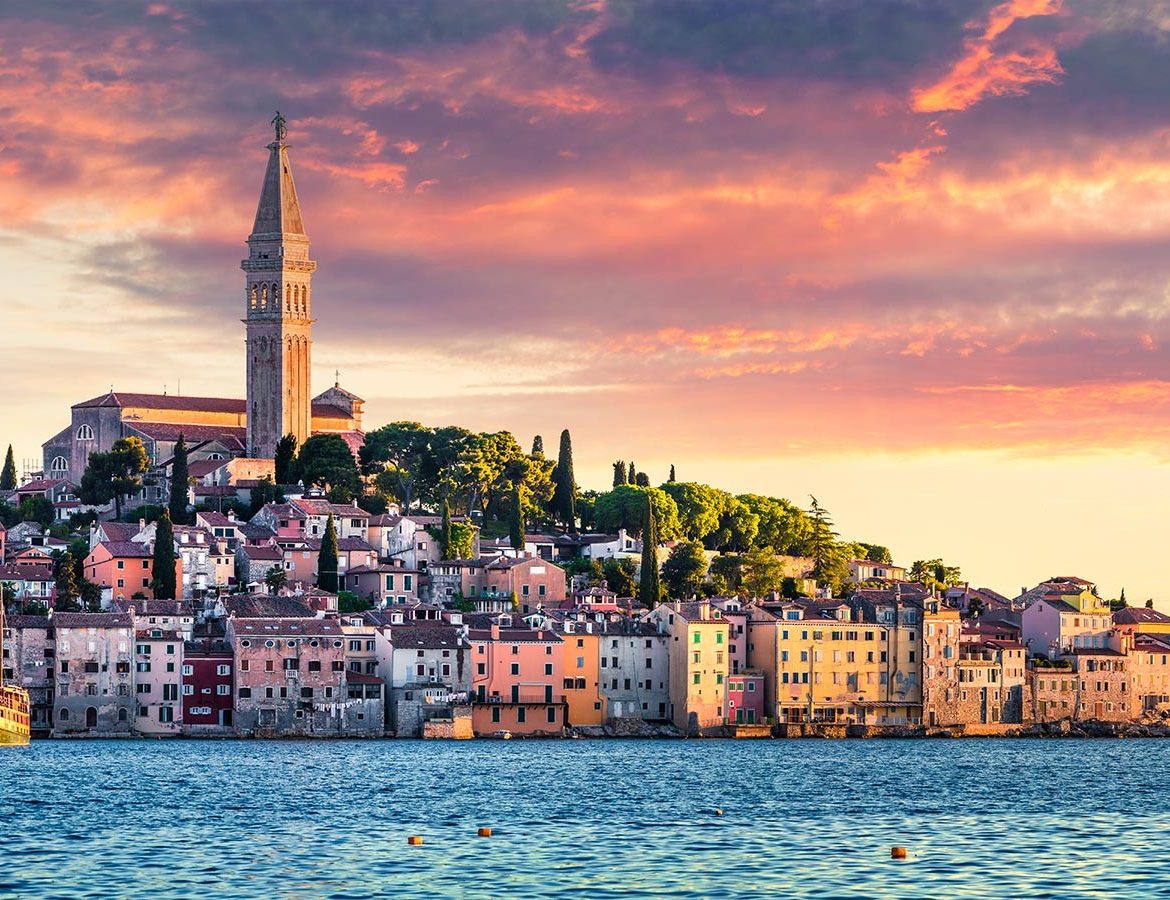 Rovinj the pearl of postcards

In general, I personally like Istria best in spring, when nature wakes up from its hibernation and it blooms in all its bright colors, but Rovinj is a city in itself and invites you to fall in love at any time.

If you don’t spend your vacation in Istria, but somewhere in the Kvarner Bay, for example, then I still recommend a day trip to Rovinj – I’m sure you won’t regret it.

As soon as you arrive in the center you will immediately grab your mobile phones or cameras and try to become THE photographer for new postcards from Rovinj, joking aside, the scenery invites you to take pictures right from the start as if you would miss something if you didn’t start snapping right away (I speak from my own experience and observation of the people around me).

Of course, first of all we had to find a seat ourselves at one of the many tables on the crowded terraces, because that is so typically Croatian. It doesn’t matter if you’ve had a long drive and you can’t wait to stretch your legs, as soon as you see a cozy café, you first sit down and drink the hundredth coffee and then you have the wonderful view of the church tower St. Euphemia and the houses that surround her, even the worst coffee can be enjoyed (after all, you can also drink juice).

After the hundredth coffee, it goes through the small, cozy streets that seem to have sprung from a picture book. Personally, I like the small galleries, because somehow they suit me personally more to the city of Rovinj and the whole atmosphere than souvenir shops, plus there are enough of them in every coastal town (especially in summer).

Once on the hill, you will be greeted by Saint Euphemia. The three-aisled baroque church invites you to admire it and I definitely recommend visiting the church, in general church tours can be more beautiful and historical than museums, as is the case here.
The church was built at the beginning of the 17th century, the façade in Venetian-Baroque style was constructed in the middle of the 19th century. On the 60 m high bell tower stands the statue of St. Euphemia, which turns on its own axis depending on the wind, in order to be able to show the sailors the wind direction. Somehow it reminds me a little of St. Mark’s Tower in Venice.

When you have finished the tour of the church, a stunning panoramic view of the roofs of Rovinj and the horizon awaits you from the hill. There is no better way to end a city tour.

Category: Lovely places
Share
Manage Cookie Consent
To provide the best experiences, we use technologies like cookies to store and/or access device information. Consenting to these technologies will allow us to process data such as browsing behavior or unique IDs on this site. Not consenting or withdrawing consent, may adversely affect certain features and functions.
Manage options Manage services Manage vendors Read more about these purposes
View preferences
{title} {title} {title}